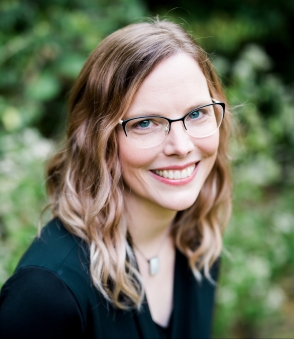 Anna S. Mueller is an associate professor in the Department of Sociology at Indiana University. Previously, she was at the University of Chicago (from 2015-2019) and the University of Memphis (from 2011-2015). She is also chair of the Section on Children & Youth of the American Sociological Association and the Principal Investigator of the Social Worlds & Youth Well-being Study. In 2020, she was recognized as one of Science News’s Top 10 Early Career Scientists to Watch and with the Edwin S. Shneidman Early Career Award for her contributions to understanding youth suicide and suicide clusters.

Mueller received her BA in economics and gender studies from Wellesley College in 2002 and her PhD in sociology (with a traineeship in social demography) in 2011 from the University of Texas at Austin.

The primary strand of Mueller’s research agenda examines how social relationships and social contexts shape adolescent health and wellbeing over the transition to adulthood, with a focus on adolescent suicide and suicide clusters. Her current project investigates (1) how suicidal behaviors and emotional distress spread between youth, (2) what factors facilitate the formation of suicide clusters in schools and communities, and (3) how social environments in communities, schools, families, and among peers, contribute to youth’s vulnerability to suicide and emotional distress. She is also interested in how social organizations (like schools and hospitals) shape social relationships and social interactions in ways that have implications for the production of inequality and the health and wellbeing of individual organization members. In addition to her current project on youth suicide, Mueller has a second strand of research that examines the production of gender inequality in medicine during residency training, with a focus on emergency medicine.

Mueller draws on diverse literatures to motivate her research, including social psychology, cultural sociology, organizational sociology, sociology of emotions, and social network theories. Her conceptual interests are matched by her methodological interests in social network analysis, causal inference, multi-level modeling, and ethnography. She is also committed to public sociology and translating the insights of her research into policies and interventions.

When she’s not at work, Mueller enjoys being outside, particularly hiking, gardening or walking her cat, and she’s always in the middle of a good novel.